Find out about the advantages of membership and how it will contribute to your bottom line.

Are you getting the most from your purchases? Learn about all the current promotions.

How to Use Your Points

It’s easy. Click here to find out how to get rewards or cash in.

Stay on top of the latest developments in swine health and herd management practices with an ongoing supply of research overviews from leading scientists and industry experts.

Stay on top of the latest developments in swine health and herd management practices. 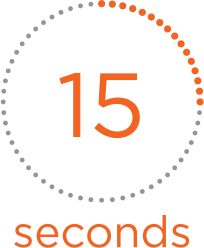 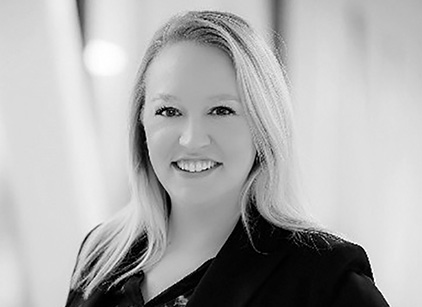 "Fostera Gold PCV MH protects against 2a and 2b longer than any other commercially available PCV2 vaccine in the US and Canada."

"Pigs that received the PCV2 and M. hyo fractions of the vaccine had a significantly lower (p = 0.0316) mean percentage of lung with lesions..."

Fostera® Gold PCV MH, a new inactivated vaccine from Zoetis, is the only CFIA-licensed vaccine that protects pigs against porcine circovirus (PCV) type 2a, PCV2b and Mycoplasma hyopneumoniae (M. hyo) for at least 23 weeks, ensuring pigs are protected through the finishing stage of production.

The leading genotypes of PCV2 circulating among Canadian herds are 2a and 2b followed by 2d.1 The new vaccine is the only commercial PCV2 vaccine in the US and Canada with both the 2a and 2b genotypes, and its efficacy against 2d was demonstrated in a large field trial.2 Other commercially available PCV2 vaccines contain only one genotype.

The 23-week duration of immunity that Fostera Gold PCV MH provides for the 2b genotype was demonstrated in a study.3

Researchers randomly assigned pigs to receive the new vaccine at 3 weeks of age. Another group served as controls and received only the vaccine’s M. hyo and adjuvant fractions.

After 23 weeks, the researchers challenged pigs with virulent PCV2b. Anyone involved with evaluating the results was “blinded” and did not know which pigs had or had not received the new vaccine, according to Megan Smutzer, a scientist with Zoetis involved with the study. 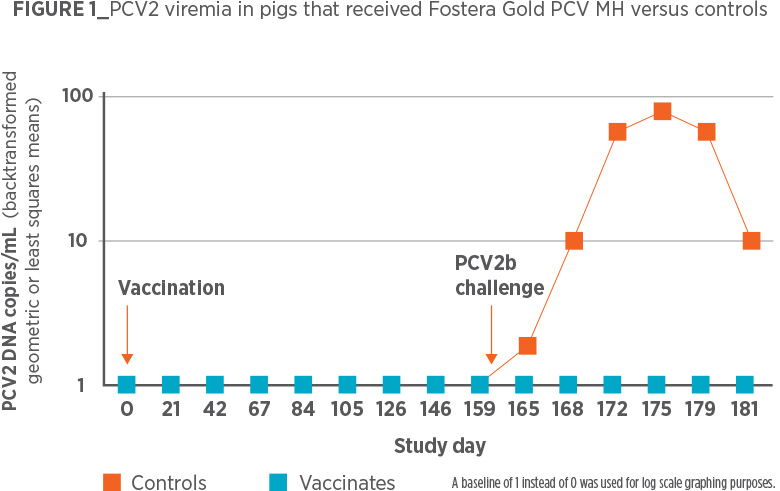 She noted that the efficacy of the vaccine’s 2a component and 23-week duration of immunity has been demonstrated in controlled studies.4,5

“Fostera Gold PCV MH protects against 2a and 2b longer than any other commercially available PCV2 vaccine in the US and Canada,” 6,7 Smutzer said.

Smutzer cited results from an analysis made possible with EpiCC, an innovative computer model used to predict immune response and plot the coverage of different PCV2 vaccines against 161 PCV2 field strains.8 EpiCC predicted that a vaccine with both PCV2a and PCV2b would offer broader coverage against evolving field strains.

The duration of immunity for the M. hyo component of Fostera Gold PCV MH was already demonstrated in a study with the new vaccine’s predecessor Fostera® PCV MH, she said. “The new vaccine has the same M. hyo fraction because it has a reputation in the industry for dependability and efficacy,” the scientist said.

For the M. hyo study, Zoetis researchers randomly assigned 36 pigs to receive Fostera PCV MH and 36 to receive only the PCV2 and adjuvant fractions without M. hyo.9 A third group of eight pigs served as sentinels; they were not vaccinated and were used to make sure none of the pigs in the study were exposed to M. hyo before the challenge was administered.

Twenty-three weeks after vaccination, the researchers administered pathogenic M. hyo into the lungs via the trachea for 2 consecutive days. As in the 2b efficacy study, personnel evaluating the results were blinded.

There were no adverse reactions due to the vaccine nor was there any evidence of M. hyo among the sentinel pigs, she added.

“Fostera Gold PCV MH has demonstrated efficacy. That, coupled with a duration of immunity that will protect pigs from PCV2 and M. hyo through the finishing stage, should go a long way toward combatting two costly diseases of swine,” Smutzer said.

For more information contact Zoetis technical services or your Zoetis representative. To contact Zoetis: 1-800-461-0917 Zoetis.ca Zoetis® and Fostera are registered trademarks of Zoetis or its licensors, used under license by Zoetis Canada Inc. All other trademarks are the property of their respective owners. © 2019 Zoetis Canada. All rights reserved.

"Fostera Gold PCV MH protects against 2a and 2b longer than any other commercially available PCV2 vaccine in the US and Canada."

"Pigs that received the PCV2 and M. hyo fractions of the vaccine had a significantly lower (p = 0.0316) mean percentage of lung with lesions..."